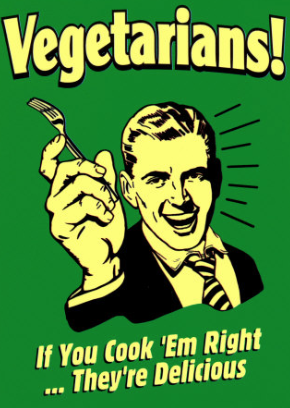 My mate’s a proper cool dude. He does stuff like hardcore drugs, loads of booze, travels the world and swears. He wears shirts with the buttons open and it’s OK. He’s the kind of cool dude I always considered to be one of those cool dudes to never give much of a shit to those myths like “climate change”, “carbon footprint”, “Loch Ness” among others.

Well, recently he came to see me in Australia. Well, he came to Australia to see Australia. My arrogance keeps convincing me he travelled 25 hours simply to see me, he didn’t, he absolutely didn’t. He looked lean, in shape, fresh. We went for pizza where another friend and I ordered meat-laden dishes. He ordered the margarita. Did I think this was strange? Of course, nobody orders the margarita. I was raised under the impression that ordering the margarita was actually illegal. I always considered it the title of the pizza section on a menu – like the contents page of a book. You never actually read the word “contents”, it’s just there.

Later on, in another conversation unrelated to margarita-gate, he told us he had quit meat, calling this act “vegetarian”. Sure, I’d heard of it, did he think I was a fool? He looked at me all honest and I scoffed at this cool dude’s new lease on life. He threw out statistics like 91%, 730, and $400 billion. I agreed with him with a courteous nod, the kind of courteous nod I always gave when I’m not educated enough to have an opinion.

This wasn’t the first time I had suffered pangs of guilt when admitting to myself that almost three times a day I use my omnivorous white weapons of mass consumption to tear, shred and devour the flesh of another sentient being. Fuck I love bacon.

My first port of call with this meat-eating issue (one that has actually being toying with me for some time now) was that the only hunting I had ever done in my life was to choose the most cost-effective meat to meet my bloody needs. This was poor form. At the very least, the most honourable way to justify eating meat would be to kill it myself, visit an abattoir, watch one animal get killed, right? Just one animal. Although I casually mentioned it to people, who am I kidding? I’m a coward. I have never actively searched for the slaughter of a pig or any of the other two or four-legged legends I have digested in all my meat-eating years, aka, most of the years since exiting my mother’s vagina.

So, in conclusion, this overhanging doubt led me to do some of my own research. I already gave you some excellent, compounding stats beforehand, so won’t go into them again. But after reading and watching stuff, the be all and end all of it is that there are two things we as human being can do to help the world. It’s pretty simple:

I’m going pretty well on point number one. So far, I’ve racked up 0 children, which is an excellent score if we’re trying to keep it low.

But for number two, I’ve got issues. I eat meat every day, usually at least two times a day, sometimes even three if I have bacon in the morning. I fucking love bacon. I need to face it, this is just mental.

Animal agriculture is by far the largest cause of Co2 and methane emissions, so the only way I can help out is by not buying the shit which comes from animal agriculture. And this is before even considering that a cow may want to live longer than the standard 23 months, or chickens the standard 42 weeks.

So, I started. Although, oddly, not really that consciously. I kind of just slipped into it, like when you slip into a busy lift, angling yourself tactically, then instantly regretting the decision.

It was dinner time when I realised I had not eaten meat. I nearly threw up my chick peas at the thought of no meat for the whole day, but then I thought, no, hang on Michael, don’t throw it up. You need it inside of you. And that’s what I did, I didn’t throw it up. Am I brave? Words like hero do spring to mind, but, alas, I’m just a guy trying to save a chicken. It was from this point I decided to give being a vegetarian a crack.

So, what have I noticed? Well, the main thing, and probably the most obvious thing, is the sudden lack of choice on a menu. I instantly went from 100% choice, to approximately 10-15% choice, which is a bit tricky. But then I thought, hey, this can inspire me to eat new dishes I never before would have tried. Furthermore, it’s had me look at the menu of restaurants I never would have looked at either. It’s worked up to this point, though I’m only in day three, and maybe the scent of a sizzling BBQ, the aroma of a roasting pig, or frying of a steak may catch me out at more challenging times. We shall see.

I might keep you updated on this. There’s enough shit out there on vegans and vegetarians telling you how amazing their life is, so I doubt you need another. All I know is that my ultimate goal is to one day become as cool as my mate.