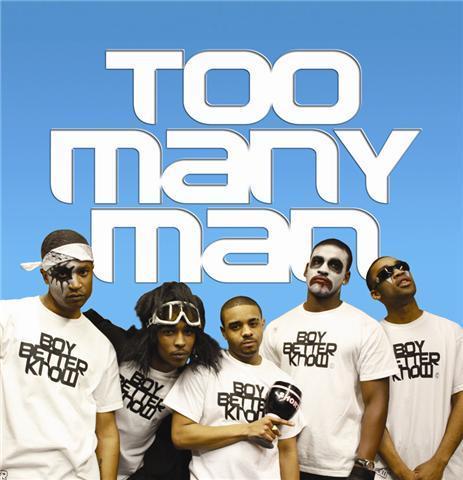 2009 was a challenging year for me. I was single and had not made love to a female human for a period of time I wish not to divulge. But when Skepta released his single Too Many Men the same year, it was as though he had pulled up a stool next to me, placed his hand on my knee, and gently whispered the lyrics into my ear as a comfort blanket. The song, which reached the dizzy heights of 79 in the charts, would be played in bars and clubs across the nation, and I would sit in one of these establishments crying as Skepta told me that we absolutely do need some more girls in here, we need some more girls in here. My life was a mess.

Eleven years later and I have since made love to a female human, so can take a more objective view on this thought-provoking masterpiece. And as I think back on its profound message, it begs the question, how many men is too many men?

In 3 minutes and 37 seconds, Skepta tells us no less than 52 times that there are too many men in the establishment he resides (it looks like a club in the music video). But Skepta doesn’t hold back the details, oh no. He also tells us what he’s looking for in the club/his life, we need some more girls in here, he tells us, 26 times.

But what does this tell me, the avid fan glued to the story Skepta is trying to share? Well, it seems he’s more annoyed about the situation than trying to change it, coming across a bit more moany than proactive. This pins the question on Skepta himself, does he truly want change? I mean, he’s not asking for the men to disappear. There isn’t a line like: please go home men, please go home men. This makes me unsure of the ratios he is looking for, which doesn’t aid us in our quest to discover how many men too many men actually is. Not to mention, the video looks like he really likes the company of men. They’re all dancing together, which is lovely to see, and all his fellow rappers are men. If he wanted more girls “in here”, surely having a girl in the crew does exactly that?

That being said, there’s a glint of activism in his lyrics which, if carried out, could contribute to making his wish come true. He is willing to barricade the entrance to the club: Wanna hype and block them stairs in here, the first real sign that’s he’s ready to do something about his predicament. This shows more spunk than I ever had, as I simply just lingered around club doors, waiting. Never barricading anything in my life. But at the same time, if he did want to raise a campaign to make the venue more appealing to women, he doesn’t seem to have much of a budget because, as he states, even a bottle of bubbly might be out of his price range: it’s only 55 pound for a bottle but I don’t wanna buy one.

There are some places in the world where Skepta’s song may not be appropriate. Purely in the name of research, if he found himself at Royal Ascot on Ladies Day, at a baby shower, or one further, a maternity ward, he would find that the room would be disproportionately full of women. I have a strong suspicion that in those environments, he wouldn’t be bouncing up and down, crying for more girls “in here”, and complaining of too many men. Dare I say, he would cry we need some more men in here, we need some more men in here. I, much like Skepta during this time (so it seems), was also not invited to places where women were, so it took me a long time to understand that places like this exist too. These places do exist.

Unpacking this song is complex because it is so layered, and Skepta’s storytelling technique is packed with important repetition, justified metaphor, and clearly deliberate mixed messaging that puts the storytelling in the same league as Sound of Silence and Hotel California.

However, we can try and conclude this paradoxical conundrum.

Lads love the lads, but too many lads can be a bit too lad. I get it, I experienced it during this period of my life – I was surrounded by lad. Although Skepta wanted more girls “in here”, and observed that there were too many men, it’s just too hard to put a number on it. Ladies just make “in here” better. They make “in here” brighter, they make “in here” less intense, but let’s not shout it in their faces 52 times, because otherwise, they might get a little bit scared.