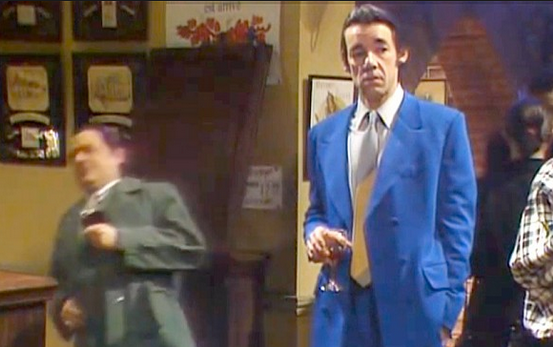 As I sit here at the Ace Hotel in Hoxton, I see around me a load of people trying to be more knowledgeable than the next, and this survival instinct is not a criticism, it’s what pushes shit forward. It’s full of beautiful people taking pictures of their skinny lattes, eating salad-free salads and saying words to each other like ‘project’, ‘exhibition’, and ‘win’, and I think to myself, yep, I’ve made it. I’ve god darn made it.

But how did I get here? How did I get to rub shoulders with the vibrant geniuses of the London bourgeoise (and when I mean rub shoulders, I mean sit in a corner and pray someone acknowledges my existence)? Yeah that’s’ right, I wrote a book. Get over it.

Sure, I wrote a book the other day, it’s been wroted. And now I sit here, clutching my cap(puccino), listening to a re(mix) of (Gary) Numan’s Mad World. Does that make me cool?

You’re god darn right it does, and I’ll tell you for why:

I think that’s the truth of it, right? The perception that everyone’s cool for cats, but everyone’s human, and humans need to not be cool sometimes in order to simply, be. Sometimes, this is easy to forget, and regarding the writers I chat too, we’re guilty of our own perfectionism. I wonder how many writers are ever truly happy with their work. There are not many industries where the final work is produced, thrusted upon the world, and the creator NEVER be satisfied, regardless of the rewrites and edits – why the hell do we bother! This word-based BDSM is a constant whipping across the genitalia which writers seem to want to endure on a regular basis; we’re a bunch of nutters, not cool!

So, let’s take note of those around us who are playing it as cool as a cucumber in a Pimm’s glass, and remember that everyone in the room has made a typo at least once. It’s typos that bring us together, it’s typos that make us human.